Call me now at

This is the owner of Fast Eddys

Working hard in his service van cutting keys for a residential locksmith job.

A lot of people know me as Fast Eddy.

Fast Eddy and his story starts out in 1985 in Minneapolis Minnesota.

A very good friend of mine Rob Springborg, was getting into locksmithing as a trade. He showed me that he could pick a lock open.

Then he gave me the tools and asked me to try it! I think he was trying to prove to me it wasn’t as easy as he displayed.

So you can imagine the look on his face when I picked the lock open in 3 seconds!

It was the same look he had on his face when he took me golfing for the first time and I accomplished a Hole In One!

It wasn’t good! See Rob is highly competitive. It just was not good, LOL. But anyway, he introduced me to one of his friends, Scott. Scott was raised by a old-school locksmith. He was trying to get established on his own two feet without his family.

He saw something in me that he thought was very professional. He asked me if I would be interested in promoting and selling a new locksmith company he was starting.

At the time I was selling cars and was desperately looking for a stable career path.

So I joined forces with Scott and soon discovered that I quickly caught on to his skills required to be a first-rate locksmith and had a knack for working with customers.

We became partners and established several companies, here in Minnesota and in Kansas City, Missouri.

I really enjoyed my newfound skills so you can imagine my dismay when the business partnership ended.

So with a few bucks in my pocket, I started my own company in 1991. It was called Keys Express. On my truck door, written in script, was my nickname, Fast Eddy!

Things were going well and I was building my company. In 1993, the local newspaper did a full-page article about me called, “Locked Out? It’s Fast Eddy to the Rescue”

It was written by the great Johnny Gilbert who wrote the Motoring Section of the Minneapolis Star and Tribune. It was about how I rescued him by unlocking his car after he locked his keys inside.

I found myself in a mad dash after that little twist of fate! He wrote this great story about Fast Eddy! So I had to quickly change my company name to Fast Eddys Keys Express.

The calls were flying in left and right.

My Father retired from welding and wanted to work with me! He also enjoyed locksmithing and so we built the company up.

We had a few employees Mitch, Dennis, Tim, Dash, and who could forget Sugar!!! Everyone loved Sugar especially, our customers. We opened a retail shop at Diamond Lake Rd. and Nicollet Ave So. Our shop was there until 2002.

After 9/11, I saw the writing on the wall and I could no longer support a retail shop, so we shut her down. Since then my father started Pappy’s Locksmithing in Edina MN and some of the crew has moved on.

So now I run a mobile locksmith service. I come to you.

And I’m still loving it. I enjoy helping people securing their lives by changing and repairing their locks, and safes.

But I will never forget my claim to fame!

That’s how I earned my nick name! This is Edward Mann now the owner of Fast Eddys Keys Express. He still goes by Fast Eddy, and yes he is still very fast after all these years.

Today I also do a lot of bench warrants for the Police and Sheriff’s by breaking into homes and buildings.

I also do a lot of bank foreclosure’s.

I love the excitement. Always will.

But over the years I also have honed my skill’s at doing commercial and residential lock work. This is my bread and butter.

I’m pretty sure I will be doing this kind of work till the day I leave this world. It’s all I know any more. And it’s a good thing I still enjoy it.

Well I hope you liked my life story.

Thanks for taking the time to read it.

I hope to ad more to the story about Fast Eddys Keys Express as the years come to pass. 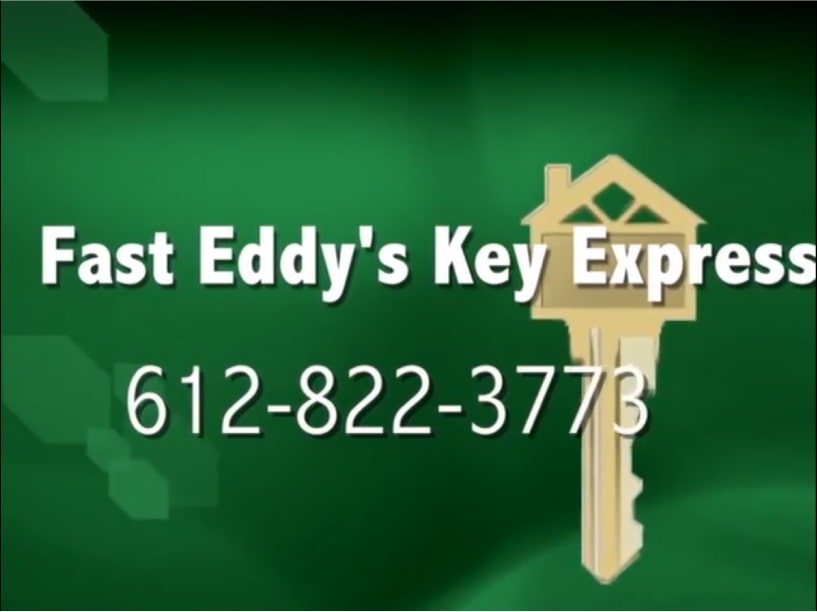